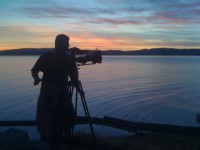 Lou Weinert brings a unique aesthetic and consummate cinematographic skills to REBELS WITH A CAUSE.  Among his credits as Director of Photography are the narrative feature films TWISTED by Phillip Kaufman and RUMOR HAS IT…by Rob Reiner and the documentaries SMITTEN and DOWNSIDE UP, both by Nancy Kelly, PHIL LESH AND FRIENDS LIVE AT THE WARFIELD by Jay Blakesburg and Bob Sarles, LOVE IN THE AGE OF FISHSTICKS by Yun Shin, VIRTUE by Camera Obscura, and MULLITT by Pat Healy.  He was camera operator on the Hollywood feature films THE PURSUIT OF HAPPYNESS by Gabriele Muccino, MEMOIRS OF A GEISHA by Rob Marshall, RENT by Chris Columbus, BEE SEASON by Scott McGehee and David Siegel, I HEART HUCKABEES by David O. Russell.  He wrote, directed and edited the short film LARK RHAPSODY, winner of a Gold Plaque from the Chicago International Film Festival and Certificate of Merit from the San Francisco International Film Festival.

Todd Boekelheide won an Oscar for mixing the music on Amadeus in 1984 and has scored several feature films, including DIM SUM and NINA TAKES A LOVER, and numerous documentaries, notably HEARTS OF DARKNESS: A Filmmaker’s Apocalypse.  In 1999 he won an Emmy for his score for the documentary KIDS OF SURVIVAL: The Life and Art of Tim Rollins and the Kos. As a composer, his recent credits include the documentaries: THE WELCOME by Kim Shelton, TRUST: Second Acts in Young Lives by Nancy Kelly, BOFFO! Tinseltown’s Bombs and Blockbusters by Bill Couturie, THREE WOMEN AND A CHATEAU by Catherine Ryan and Gary Weimberg; BALLETS RUSSES by Dayna Goldfine and Dan Geller, and SMITTEN by Nancy Kelly. He also composed the scores for WALDO SALT: A Screenwriter’s Journey by Eugene Corr (1988), YOSEMITE: The Fate of Heaven by Jon Else (1987), and DEAR AMERICA: Letters Home from Vietnam by Bill Couturie (1987). 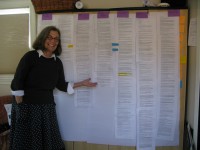 Doris Baizley, playwright, lives in Los Angeles where she is a founding member of LA Theater Works. At the Mark Taper Forum she served as dramaturg for the Other Voices Program for writers with disabilities, and, for seven years, was resident playwright for the Taper’s Improvisational Theater Project for young audiences. Currently she leads a playwriting workshop at East West Players’ David Henry Hwang Writers’ Institute. She wrote The Presence of Joseph Chaikin directed by Troy Word (to be released in 2012); Emile Norman: By His Own Design (PBS), produced by Jill Eikenberry, Michael Tucker and Will Parinello; Land of Little Rain (PBS American Playhouse), directed by Mary Lampson. She was story editor of We Still Live Here (PBS Independent Lens, 2011), directed by Anne Makepeace.

Jane Greenberg has been working on public television documentaries for the past 15 years and has taken numerous high-profile programs over the finish line. She is currently co-producing, co-editing, and handling the archival component for the in-progress documentary TURKEY CREEK  (ITVS, Kellogg, Sundance). She co-produced and served as head archival researcher on BUTTE, AMERICA, The Saga of a Hard Rock Mining Town (Independent Lens, 2009). She produced FENCELINE: A Company Town Divided with Slawomir Grunberg (P.O.V., 2002).  She is currently producing and directing a documentary profiling a mentally retarded man on Mississippi’s death row. The film was awarded a grant by the Sundance Documentary Fund.

Pulitzer Prize-winner Mark Fiore, who the Wall Street Journal has called “the undisputed guru of the form,” creates animated political cartoons in San Francisco, where his work has been featured on the San Francisco Chronicle’s web site, SFGate.com, for over ten years. His work also appears on Newsweek.com, Slate.com, CBSNews.com, MotherJones.com and NPR’s web site. Fiore’s political animation has appeared on CNN, Frontline, Bill Moyers Journal, Salon.com and cable and broadcast outlets across the globe. Fiore was awarded the Pulitzer Prize for political cartooning in 2010, a Robert F. Kennedy Journalism Award in 2004 and has twice received an Online Journalism Award for commentary from the Online News Association (2002, 2008). Fiore has received two awards for his work in new media from the National Cartoonists Society (2001, 2002), and in 2006 received The James Madison Freedom of Information Award from The Society of Professional Journalists.

Phil Perkins works in many different areas of sound and music making, recording and mixing.  He been involved in the creation of motion picture and television sound tracks since the early 1970’s, recording, editing and mixing sound for many motion picture, video, radio and music productions, including large scale Hollywood features, documentaries made all over the world, national TV spots, TV series, educational projects, internet and “new media” projects, “special venue” and theme park productions,  and radio specials for NPR, CBC, European, Australian, and Japanese radio networks.

Eva Moss has worked as both a producer and editor on dozens of social issue documentaries. Most recently, she is co-producer for OUT RUN (in-production with support from ITVS, Tribeca and Sundance/Time-Warner) and GRACE (in-production with support from Montgomery Foundation, Marin Community Foundation, California Pacific Medical Center Foundation and Isabel Allende Foundation). She was the associate producer for A VILLAGE CALLED VERSAILLES (Independent Lens, Emmy Nomination), ASK NOT (Independent Lens) and was the audience engagement coordinator for TRUST: SECOND ACTS IN YOUNG LIVES and GOING ON 13. She is also the editor on the Witness to Guantanamo project, an online archive of interviews with former Guantanamo detainees and other voices. She holds a BA from Smith College in Film and Theater Studies.

When Hitler came to power, my family had to leave Holland. I was not going to be driven out one more time from a life that I really loved, and an area that I loved and thought was very beautiful. 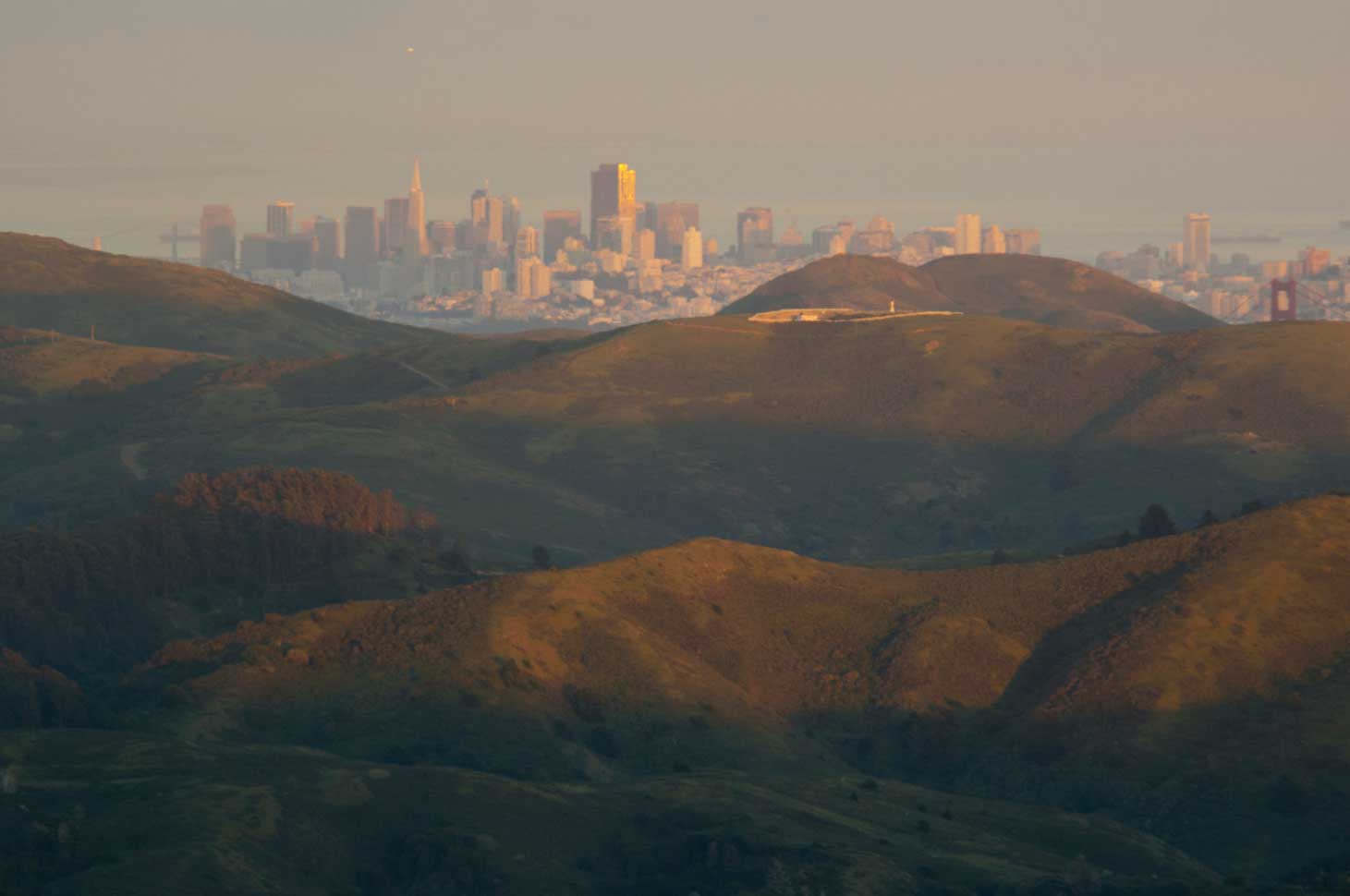